It can be a challenging position to watch from the sidelines as other people parent your child. The first thing you must do is realize that your kid will never call you mommy, mom, ma, or any other maternal term of endearment. Figuring out what Eric should call me was interesting. We settled on Birthmom Laura for a while, but have long since dropped the Birthmom title – now he just calls me Laura, and I’m fine with that.

Kathy did her best to keep me updated about the things that were going on with him – A’s on report cards and the news that he’d broken his clavicle playing hockey at 8. One thing she did that so endeared her to me was, on occasion, send me a lock of his hair. The first was accompanied by a note that said: “I thought you might want to see what it really looks like, not just try to get an idea from the pictures.” Strawberry blonde and blue eyed – you’d never have known he was my kid, except that from certain angles he looks exactly like me. From other angles, he looks just like his birthdad. But he got all the recessive genes, which I always found interesting. Today he towers over me, having inherited his paternal grandfather’s height.

It was a long time before I felt comfortable sending birthday gifts. I remember finding a 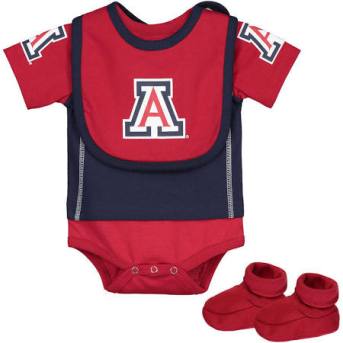 tiny baseball outfit with a UA Wildcat on it – from my college alma mater. I wanted to get it but hesitated, because I never wanted to stress out his family or make them feel I was interfering or overreaching. It was my sister who advised, “Why don’t you get him the gifts you want to get and just hold onto them? That way, anytime you want to, you can pick up something – and then someday, when the time is right, you can give them to him. Maybe one day he’ll give that outfit to his own son.” That helped so much. Going forward, I made a habit of buying a small stuffed animal almost anywhere I traveled. By the time I did give them to him when he was about 18, I had amassed quite a collection. And, as my sister had predicted, I think it was special for him to realize he had stayed important to me for all those years.

The one gift I have actually been mailing for a while is an annual Christmas tree ornament. Somehow, that felt less personal and less threatening. It was pretty cool to see years’ worth of ornaments on the tree during our visit with his family this Christmas season.

I’ve only received a handful of gifts from Eric over the years. And as I sit here typing this, I can see two of them hanging on my walls. One is a ceramic imprint of his hand inside a heart-shaped frame from when he was maybe 5 or 6. I sent Kathy a kit and asked her if they’d make it with him sometime. He painted it in bright pastels, mostly pink and orange. It’s ridiculous – and beautiful – like I imagine most refrigerator art must be to many parents. The other is a fan-shaped piece of stained glass with two birds that says “Happy Mothers’ Day.” I don’t remember exactly when that one came – but I do remember Kathy saying that Eric had seen it in a shop and wanted to get it for me. It was solely his idea. He also got us a gorgeous Tiffany vase for our wedding.

In my last post I mentioned the sporadic nature of his thank you notes – and how that was mostly OK with me. And it has been – mostly. But these past couple years, while Eric’s been busy with college and more distant from me – and from his adoptive mom, too – I got so frustrated for the lack of acknowledgment of the gifts (I wasn’t seeking a syrupy thankyou note – just an “I got it!” text would have sufficed) that I was tempted to stop sending them at all. When I texted him “Happy Thanksgiving” and “Merry Christmas” last year, I didn’t even hear back from him. I’ll admit, that stung a bit. What I didn’t do was go running to Kathy or call him out on it in any way. Now had I been parenting him, believe me, I would have been all over that. But he was pushing the boundaries of this weird, tentative relationship, and I was pretty sure that I just needed to give him space. That instinct seems to have paid off, as we really did have a great connection on my recent visit with him and his family.

More recently, another thing came to my awareness that I will sit on for a while. While my husband and I were visiting with Eric and his family, his parents were sick with the flu, meaning we didn’t see much of them. That was actually kind of nice, because it meant we spent more time with Eric and his girlfriend, playing board games, watching hockey, and hanging out. On our last night there, my husband offered to take Eric and Meaghan out to dinner. Since we were in Eric’s backyard, he drove.

Now my husband used to be a smoker, and he still gets frustrated with me because he can’t ever sneak a cigarette without me knowing about it. No matter how hard he tries (usually not as hard as he thinks), I can smell it on him. He tells me I should get a job as a smell tester. So when we got in Eric’s car the other night, I instantly noticed the odor of cigarette smoke. Which immediately made me wonder whether he or Meaghan is a smoker. It’s possible that they’d recently had a friend who smokes in the car with them – but it’s equally possible that Eric and/or Meaghan is smoking. I had two choices: say something or let it go. I opted for the latter.

This decision goes back to that thing I came to terms with long ago. I don’t have the role of mother in Eric’s life. He already has someone who does that for him, and she does a really good job. So he doesn’t need me checking up on him, lecturing him, or even letting him know that I know when he’s misbehaving. It’s not like I never offer any advice – just that I’m selective about the topics and how I do it. Smoking is a really bad habit – one I’m glad my husband ended more than 18 months ago. Knowing that, I also realize that Eric’s an adult now, and it’s unlikely that one sentence from me would talk him or his girlfriend out of anything. Yet nothing would shut down the relationship faster than if he thought I would narc on him at every turn.

If, as the adult/parental figure, it’s up to me to set the pace of this fragile relationship, my choice is to wait for him to give me the indicators to follow.