Once upon a time, people had a sense of humor. Some of them told jokes – and most of the rest of them laughed. Some of the better joke tellers even made careers of it, a few of them landing their own TV shows and becoming household names. Not everyone laughed, though, because someone had to be the adult, the parent, the schoolmarm, the one with the common sense – and the stick up their ass. But most people laughed. A popular magazine even had a regular feature titled “LAUGHTER: The Best Medicine.”

Slowly, however, this idea of laughter became unpopular – to the point that making jokes became a sensitive issue. People began to feel that laughing was akin to rudeness or insensitivity. Political correctness swept the land, and comedians stopped performing at college campuses where students were the most prudish of all the citizenry.  The best comedians still told their jokes anyway – refusing to apologize or be cowed into shutting up for fear of offending. Some went out of their way to be even more offensive.

Sadly, this is not a made-up story. And it makes my lazy ass hesitant to post a joke about adoption, because we’ve all become so conditioned to overreact about everything these days. I was determined, though. So I looked high and low. If you find this cartoon – or my language regarding it – offensive, I can only offer you a quote from one of my all-time favorite comedians, Bill Burr: “Go fuck yourself.” 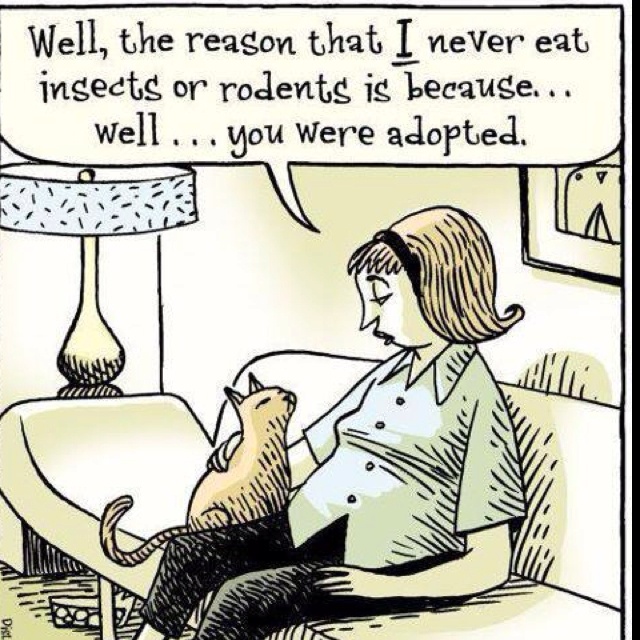