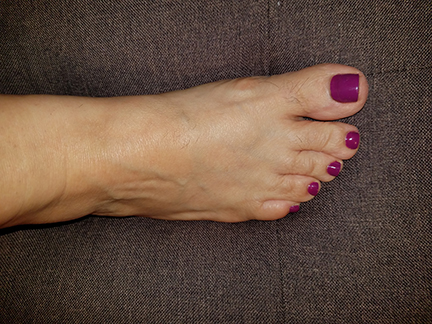 Pretty Toes and Melancholy, Too

I know people who consider mani-pedis not a luxury, but an absolute life essential. My general pattern is to wait so long between salon visits that my fingernails look like I’ve clawed my way out of a coffin and my feet have fish scales on the bottom. Then I wail to my husband, “I haaaaaave to get a manicure!”

“So go get one,” he says with a shrug. You think it’d be that easy. I could have gotten one last week, during that hour I played a video game on my iPad. Or instead of binge watching another British crime drama. Or instead of reading the latest novel I’m working on (7th so far this year – although I only read The American Marriage to page 63, because it was at that ridiculously early point in the “mystery” that I figured out how it was going to end). But, no. I played and procrastinated doing a task that has specific hours attached to it – the salons are open from 10 a.m. to 7 p.m. – until I couldn’t stand it any longer. But now I have a client deadline and a meeting and other things pulling at my attention.

No matter. Today I went and got the damned manicure and pedicure.

Once I get there and allow myself to relax, it really is luxurious. First, they remove your old toe polish – OK, maybe they skip this step for the guys. Then they cut your nails down to the length of normal humans, rather than those of tree sloths. They also go to town on the cuticles, cutting away all that excess skin. I always pay a few bucks extra for them to do a callous removal treatment. Bye-bye, fish scales! Next, they break out the lotion, for a lovely calf, ankle, and foot massage. My salon also adds the treat of hot rocks, followed by a hot towel. No – not as torture, but to remove any remaining aches and stress. Then, they paint your toes with the dazzling color of your choice. OK, again, maybe the guys opt out of this step. But at the end, your feet look lovely and feel even better. The manicure, which comes next, follows much of the same process for your hands.

In spite of the delightful end results, it’s a bit of a lonely time for me, which I suppose is why I don’t really look forward to it like I used to. Many (most?) women do the mani-pedi thing as a group activity, because it’s just more fun that way. For years, I went with my sister. Even that last year when she was sick and living with me, we still went to the salon with some regularity. After she left us, I started taking John’s grandmother, Mary, to the nail salon with greater frequency. I think I might have taken her once or twice prior to Corina’s passing. After that, we went pretty much like clockwork at least once a month to a salon close to her home in Chandler – the house I now live in. In fact, we went to the salon together the day before the heart attack that ultimately claimed her life.

When John’s sister and her daughter were here for Mary’s funeral last June, we all went to that same salon, but it was a one-time thing, as they live in New York. I’m really not much into superstitions, but I think I might steer away anyone else who offered to be my regular salon buddy, as the survival rate for the job is rather, well, zero – so far.

I’ve tried on more than one occasion to get John to come with me. He’s a regular hiker, so his heels are pretty rough. For those who are reading this and have never had a pedicure, I encourage you to try it as a delicious way to pamper yourselves. Gentlemen included! It’s far more mainstream for men than you might realize. I do find this statistic a bit suspect, though, but according to an October 2017 story in the New York Post, “The International Spa Association reports in its new Consumer Snapshot that 49 percent of spa customers are men, up from 29 percent in 2005.” John, however, is having none of it. One of his former fellow plumbers had regaled the guys with a horror story about infections and lost toenails incurred from a nail salon visit, so he says “Thanks but no thanks” every time I bring it up. Even when I ask every so sweetly.

That leaves me to go on my own to treat myself to this indulgence that is both pampering and melancholy. Which is definitely better than not going at all, but not as much fun as it once was. 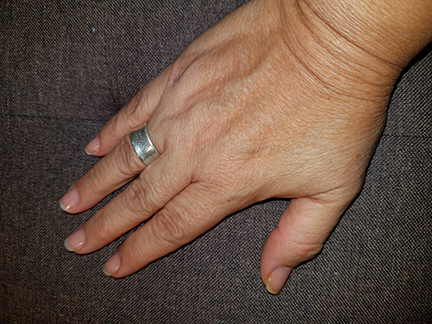